Zoom helped people with various communication problems, once they had to stay in confinement and do home office, but it had some functional and privacy problems. However, it is working to correct them and meanwhile, it has launched end-to-end encryption and also live broadcasts on YouTube, two of the requests that its users made the most.

The platform introduces new changes in its latest update and some of them are, for the moment, exclusive to its Android app, this is the case of the possibility of broadcasting live video calls through YouTube, although the process still has a lot to do with do. The version that introduces this in Android is 5.4.0.434.

YouTube still does not allow you to do it from the private channel if it does not support this possibility, in accordance with the rules of Google’s video streaming service. But fixes are expected soon and also that iOS users can also make the function effective.

Meanwhile, there is other news such as end-to-end encryption and other improvements in its update, such as activating the phone’s flash when in a video call and sharing the image from the rear camera, thus lighting the scene. It also adds the ability to share Microsoft SharePoint files with contacts through chat.

Meanwhile, those who can already do it, enlist once and for all headphones for long hours of broadcasts. 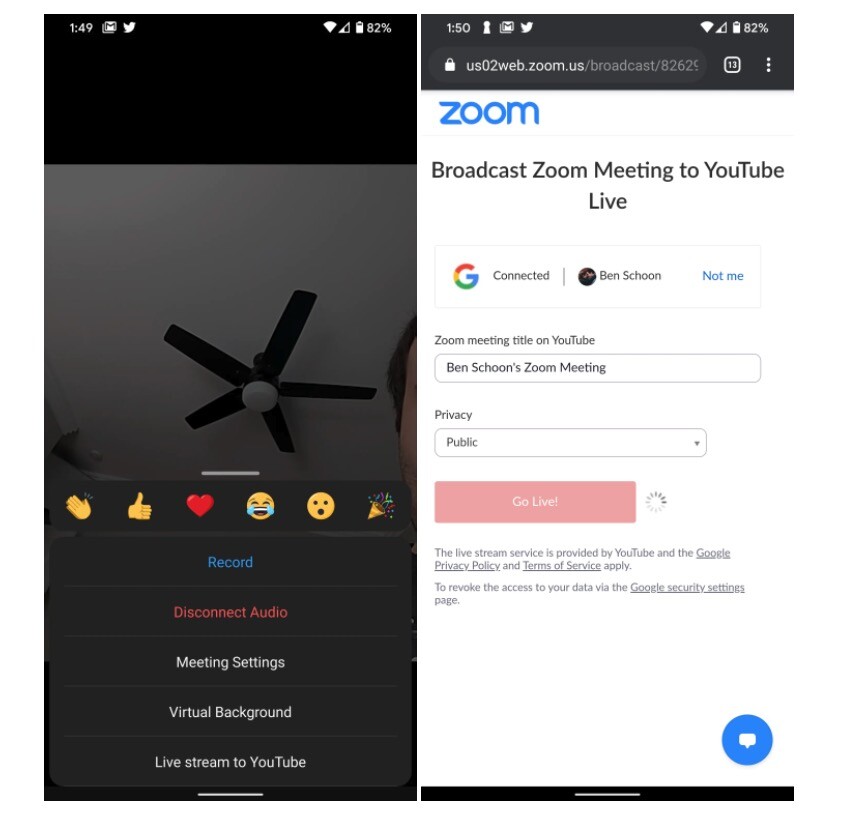 Enlist the headphones because the singer Yandel, one of the Puerto Rican stars of reggaeton, will offer a free virtual...

They look for quality and a good price

The pandemic left a sense of uncertainty that was expressed in the way shoppers consume. According to Kantar, consumers in...

Daddy Yankee returns for Christmas and will do it on YouTube

Daddy yankee He is back a year after a series of concerts that turned out to be the last in...

Your Spotify 2020 for advertisers, what’s new on the platform

For the first time, after advertisers explore their own listening and music behavior this year, they will have the ability...

Do you want to train in digital marketing? Keys to choosing the best training

Meet Lerni, the website that trains you from home

The best tips for learning design

Enlist the headphones because the singer Yandel, one of the Puerto Rican stars of reggaeton, will offer a free virtual...

They look for quality and a good price

Daddy Yankee returns for Christmas and will do it on YouTube

Your Spotify 2020 for advertisers, what’s new on the platform